This October 24th join millions of people around the country as we take a bite from apples in support of healthy, affordable, and sustainable local food!

The Local Food Promotion Coalition (LFP), one of the Institute for Healthy Living at UTEP’s HEAL Alliance working groups, is coordinating Apple Crunch events throughout the Paso del Norte region as part of National Food Day 2017.  The event unites the local food movement in El Paso and Southern New Mexico with a national campaign to inspire Americans to change their diets and food policies.  Every October 24th, thousands of events all around the country bring Americans together to celebrate and enjoy healthy food and to push for improved polices. Specifically, The Apple Crunch event, which originated in New York City in 2012, had approximately 400,000 people biting into locally grown apples. This year, it will continue with millions of people around the country “taking a bite” in support of healthy, affordable, and sustainable local food. Share your Apple Crunch pictures with hashtags: #applecrunchdaypdn #applecrunchday #foodday2017. 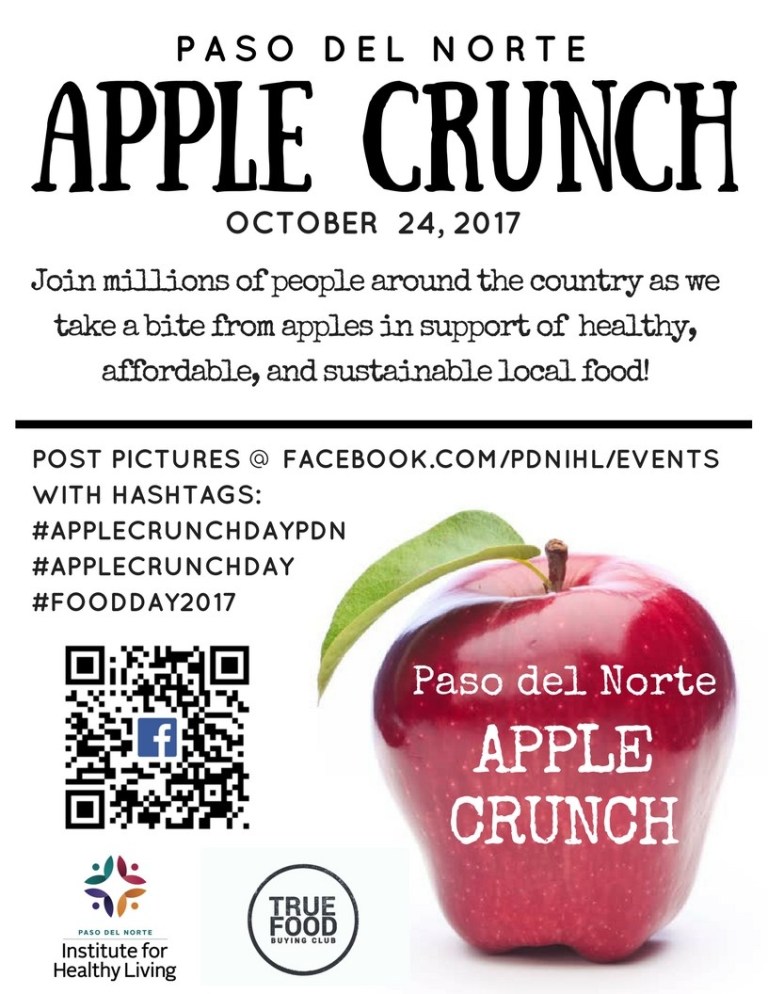 El Paso began participating in Food Day’s Apple Crunch in 2015 at both the Downtown Artist and Farmer’s Market and El Paso Public Libraries through an initiative started by the El Paso True Food Buying Club (True Food). This year, True Food has combined their efforts with the LFP coalition to “scale up” the event to include elementary schools in El Paso Independent School District, Ysleta Independent School District, Las Cruces Public Schools, Western Hills Academy, and The University of Texas at El Paso, Lowe’s Supermarkets, and The Heal Alliance’s Food Systems Council.

Adriana Clowe, Director of Operations with True Food, and co-chair of the coalition says, “we hope bringing this event to the region not only helps raise awareness about a range of issues surrounding local food systems and sustainability, but will act as a catalyst to create more momentum in the local food movement with a series of year-long events, educational opportunities, and eventual policy changes in our region to make a meaningful and long-lasting difference to our local producers and community.” 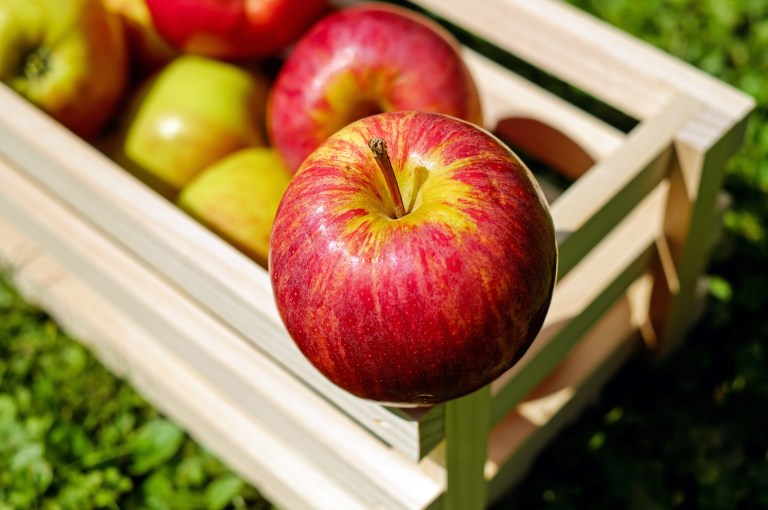 The Local Food Promotion Coalition invites you to their next event, as they host a presentation by Marc Jacobson, Regional Director and Statewide Organizing Director for the Texas Hunger Initiative, and member of the Dallas Coalition for Hunger Solutions.