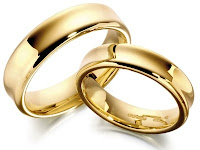 For some reason, Hallal’s closing remarks seem like the logical place to start this post: “I want to prompt you to think differently about physical activity interventions.”

Pedro Hallal, PhD, spoke on the critical topic of the divorce between science and policy in the promotion of physical activity in the real world.  While short of marriage counseling, Hallal suggested ways we might be able to get the relationship to work.

“The first thing we need to do is speak the language of the people making decisions, otherwise we will not succeed.”

Hallal meant "language" in both the literal and practical terms.

He emphasized the need for more research to take place in the global populations we’re trying to influence -- a point he illustrated with a map of the world with each country distorted to reflect the amount of physical activity research each has produced* -- as well as the need for researchers to translate their findings into forms that are useful to policymakers, practitioners and the general public.

Whether we’re showing cost-effectiveness of interventions, telling stories, or simply drawing pictures, “we must admit that it’s more than just the raw data,” said Hallal.

Different timetables are another cause of strain in the relationship between researchers and policymakers.  Academic research is a slow and measured process but, Hallal said, “we need to work on the timelines of the people we want to influence.”

“If we really want to improve diets and physical activity, we need to look at the issues with a public health lens, not an individual behavior lens.”

The latest in research on promoting healthy diets and physical activity will be presented and discussed in Austin, Texas at the Annual Meeting of the International Society for Behavioral Nutrition and Physical Activity (ISBNPA), which attracts over 500 researchers and professionals in research, policy and practice. The Annual Meeting presents ground-breaking studies, as well as updates on related applications of research, policy trends and legislation, via workshops, keynote speakers, panel discussions, research posters and oral presentations. Check in with our blog for regular updates throughout the conference.