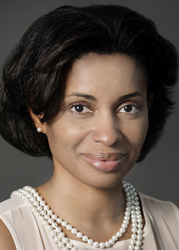 Marcia Otto's research interests are on the effects of different aspects of diet on cardiovascular and metabolic health. She received her M.S. in Environmental Science from the University of Sao Paulo, Brazil. After completing her PhD at the University of Texas Health Science Center at Houston School of Public Health with a focus on micronutrient intakes and their relationships with inflammation and cardiovascular disease, metabolic syndrome and diabetes in a multiethnic population, Dr. Otto received her postdoctoral training in Nutritional and Cardiovascular Epidemiology at Harvard T.C. Chan School of Public Health.

Her current research projects include the study of circulating dietary fatty acids their effects on cardiovascular and cognitive outcomes, the evaluation of the role of diet diversity and quality on cardiometabolic disease, and the estimation of the impact of suboptimal diet and metabolic risk factors on mortality in Brazil.

Dietary Interventions and Type 2 Diabetes in Youth: a Fresh Look at the Evidence

Serial Measures of Circulating Biomarkers of Dairy Fat and Total and Cause-specific Mortality in Older Adults: the Cardiovascular Health Study

A new Morning Consult national tracking poll of 2,200 Americans points to a number of revealing consumer preferences for milk and related beverages.

A new Morning Consult national tracking poll of 2,200 Americans points to a number of revealing consumer preferences for milk and related beverages.

Diverse diets may lead to overeating

You may be able to save money and stay healthy by limiting your snack choices at work to just one. An advisory from the American Heart Association shows eating a large variety of foods may backfire.

Americans may have outgrown traditional advice of having a varied diet

When it comes to diet in the Western world of overconsumption where cheap convenience food rules, the age-old adage “everything in moderation” has been put to the test, prompting the American Heart Association (AHA) to issue a science advisory led by researchers at The University of Texas Health Science Center at Houston (UTHealth).

The Vindication of Cheese, Butter, and Full-Fat Milk

As a young child I missed a question on a psychological test: “What comes in a bottle?” The answer was supposed to be milk. I said beer. Milk almost always came in cartons and plastic jugs, so I was right. But this isn’t about rehashing old grudges.