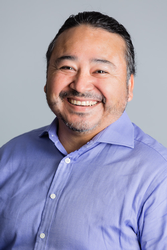 Pablo is the computer programmer and database developer for the TCORS YaYA project.

Pablo is responsible for the developing and oversight of different software programs and development of relational databases for data collection and archiving.

The Texas SPAN survey was established to track the prevalence of overweight and obese school-aged children in Texas.

The overall goal of the Tobacco Center of Regulatory Science (TCORS) on Youth and Young Adults is to develop an integrated program of research and training to provide scientific evidence, and a career path for regulatory scientists, to support U.S. tobacco regulation.